We didn’t manage the expected
deadline and we’re
happy about it. 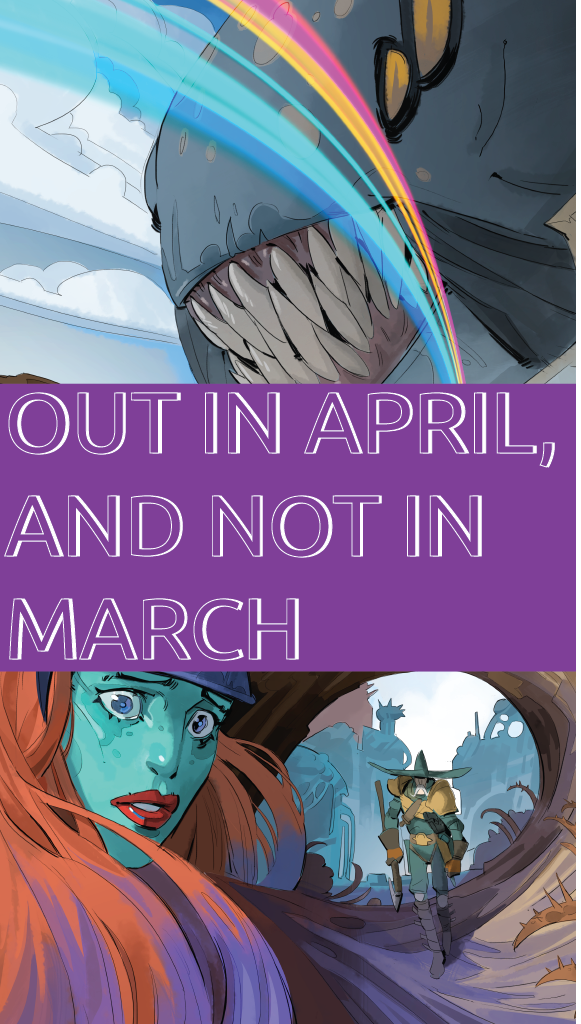 As you might have noticed issue #1 has not come out yet in
Norway, as it was noted in the last page of the pilot issue.
Now, of course, we don't wear it as a badge of pride, since
we think that, as a publisher, it is very important to respect
the publishing calendar; still though, we are a small team
working together for the first time, so some occasional
adjustments needed to be made during production.

The three main components, namely script writer, artist
and colourist, needed some extra time to tune in as a team
and find the best way to express the true beauty and chaos
of the Putrid World and Nameless' struggle against it. The
main artist, Michel Da Broi, has recently transitioned from
ordinary hand drawn art to using more digital techniques,
adding efficiency but with some time going also on the
learning curve. He has now found the correct rhythm and
balance in the construction of every page and panel, and
so we are sure that from now on, we will be able to meet
the two months schedule.

Nevertheless, Other Universe will always strive for the best
quality product, so if that means releasing an issue a bit
later than expected, then so be it. We are aiming for our
very best work, to produce one of the best comics our artists
can make, but without distressing them too much in the
process. A good publisher will always choose this option,
over tired and stressed-out staff, but we are sure and
confident that it won't happen so often.

Issue #1: The Epic Begins will come out in both print and
digital versions her in Norway at the very beginning of
April (no April's fool), and we are sorry for that...but mostly
happy at the same time, since we know that the team is
getting on the same vibe working together.

All other language versions will come out digitally on our
website towards the end of April. PAY ATTENTION
THOUGH: every digital comic from now on, WON'T be
free.